From Vikidia, the encyclopedia for 8 to 13-year-old children that everybody can make better
Jump to: navigation, search
Some readers might find the article Metric system easier to understand. 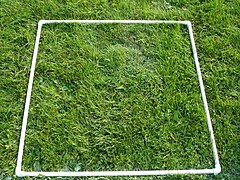 A square metre quadrat made of PVC pipe on grass.

The International System of Units is the standard modern form of the metric system. The name of this system can be shortened or abbreviated to SI, from the French name Système International d'unités.

The International System of Units is a system of measurement based on 7 base units: the metre (length), kilogram (mass), second (time), ampere (electric current), Kelvin (temperature), mole (quantity), and candela (brightness). These base units can be used in combination with each other. This creates SI derived units, which can be used to describe other quantities, such as volume, energy, pressure, and velocity.

The system is used almost globally. Only Myanmar, Liberia, and the United States do not use SI as their official system of measurement.[1] In these countries, though, SI is commonly used in science and medicine.

The metric system was created in France after the French Revolution in 1789. The original system only had two standard units, the kilogram and the metre. The metric system became popular amongst scientists.

As scientists studied electricity and magnetism, they realized other base units were needed to describe these subjects. By the middle of the 20th century, many different versions of the metric system were being used. This was very confusing.

In 1954, the 9th General Conference on Weights and Measures (CGPM) created the first version of the International System of Units. The six base units that they used were the metre, kilogram, second, ampere, kelvin, and candela.[2] The seventh base unit, the mole, was added in 1971.[3]

SI is now used almost everywhere in the world, except in the United States, Liberia and Myanmar, where the older imperial units are still widely used. Other countries, most of them historically related to the British Empire, are slowly replacing the old imperial system with the metric system or using both systems at the same time.

The SI base units are measurements used by scientists and other people around the world. All the other units can be written by combining these seven base units in different ways. These other units are called "derived units". 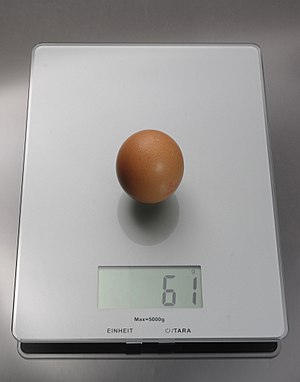 Derived units are created by combining the base units. The base units can be divided, multiplied, or raised to powers. Some derived units have special names. Usually these were created to make calculations simpler.