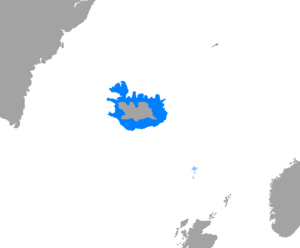 Where Icelandic is spoken.