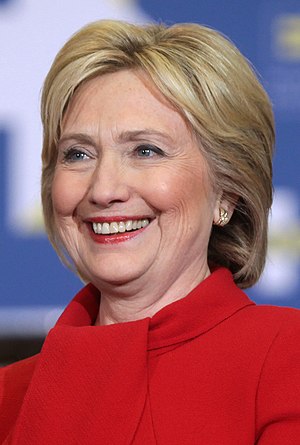 Hillary Clinton is married to former president Bill Clinton. During his presidency she was First Lady. A few years later she was minister of Foreign Affairs.