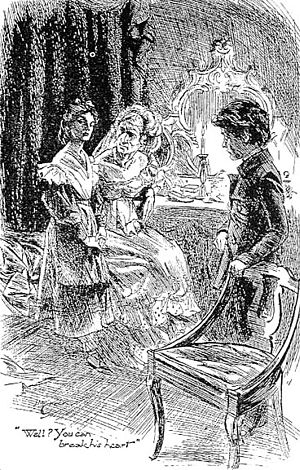 Stella, Miss Havisham, and Pip in an illustration by H.M. Brock, 1901

Great Expectations is a coming of age novel by Charles Dickens. It was first published in three volumes by Chapman and Hall in October 1861.

The story is about a poor boy who expects to rise in social status through the agency of an undisclosed benefactor. He does rise, but not through the benefactor he suspects.

The novel has been adapted to television serials and movies several times, most notably in a 1946 David Lean production starring John Mills, Martita Hunt, and Alec Guinness.