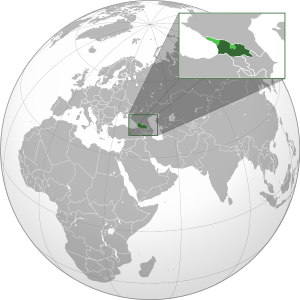 Georgia is a country in western Asia. It is bordered by Russia, Azerbaijan, Armenia, Turkey, and the Black Sea. Its capital and largest city is Tbilisi.Georgia is mostly coverded by mountains and Tibilisi is located in the mountains.