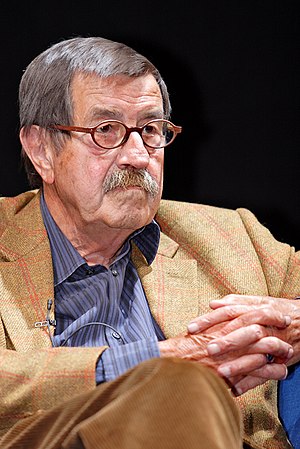 Günter Wilhelm Grass (16 October 1927 – 13 April 2015) was a German playwright, writer and poet. He won the Nobel Prize in Literature in 1999. Grass is best known for his novel The Tin Drum, about a boy who lived during the Second World War.

Grass was born in the Free City of Danzig, nowadays Gdańsk (Poland). He was a drafted soldier for the German army in the Second World War between 1944 and 1945 and was taken prisoner by the US-army. After his release, he became an artist and started to write in 50s. In his fiction, he often returned to Danzig during his youth. Grass's work could be qualified as left-wing and Grass himself was a supporter of the Social Democratic Party of Germany.