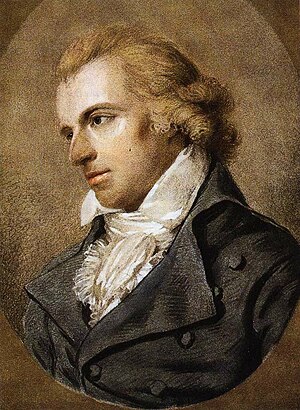 Johann Christoph Friedrich von Schiller (10 November 1759 – 9 May 1805) was a German poet, philosopher, historian and playwright. Schiller one of the biggest persons in German literature. He was befriend with Johann Wolfgang von Goethe.

Schiller wrote several works, like the play Wilhelm Tell. His poem Ode to Joy is probably his most famous work. Composer Ludwig van Beethoven used it for his 9th symphony, the current day anthem of the European Union.