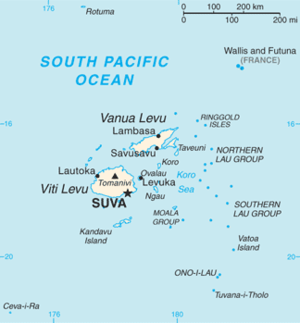 Fiji is an island country in Oceania. It corresponds to an archipelago of volcanic origin. The country was a British colony until 1970, when it became independent.

Indigenous Fijian traditions are still alive, but are open to their neighbours. Scuba diving to discover tropical reef fishes (such as fusiliers) is a popular touristic activity.