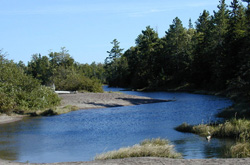 An example of the environment 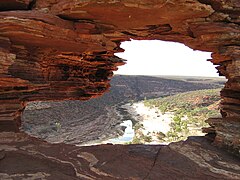 The word environment is used to talk about many things. People in different fields of knowledge (like history, geography or biology) use the word differently. An electromagnetic environment is the various radio waves that equipment such as radio and radar can meet. Galactic environment refers to conditions between the stars.[2]

In biology and ecology the environment is all of the natural materials and living things, including sunlight. This is also called the natural environment.

Environment is rarely fully natural. Nearly all environments have been directly or indirectly influenced by humans at some point in time. Thus many landscape or forest are the product of the interaction between nature and humans.Yet they host real ecosystem.

Discussions on nature versus nurture are sometimes framed as heredity vs environment (and culture).

Environment is also the culture that a person lived in. A person's beliefs and actions are dependent on his environment. For example, Thomas Jefferson and Julius Caesar owned slaves. Modern people mostly think it's wrong to own slaves. But in Jefferson's and Caesar's different environments slavery was normal. So, their actions did not look as wrong in their societies.