In Edinburgh there are about 495.360 inhabitants

The inhabitants of Edinburgh is Scottish

The nationality of the inhabitants is Scotland

The Flag is white and blue 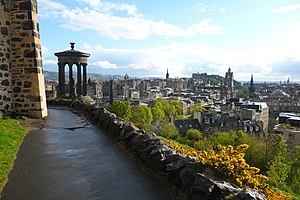 The Nickname of Edimburgh is Modern Athens

, a Neolithic village located on the island of Orkney

The most famous dishes of Scottish cuisine