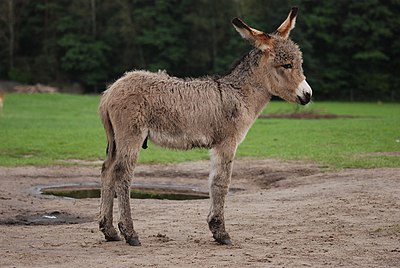 the donkey has very long hair

The scentific name is asinus

the donkey feeds on grass and lives in the stables.

It is not uncommon to hear donkeys chasing and attacking small animals like sheep, goats, poultry, cats and dogs. However, not all donkeys manifest this behavior and many of them live happily with these companions.

" The story of the donkey in the well"