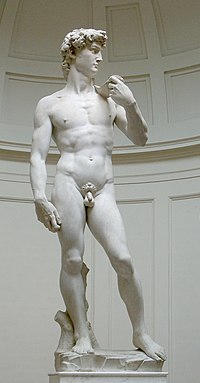 The statue was intended to be placed on the roof of the Florence Cathedral, but was instead placed in a public square, outside the Palazzo della Signoria, the seat of civic government in Florence. It was unveiled on 8 September 1504.