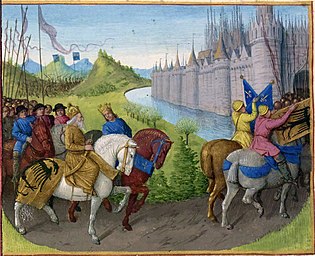 The Crusades arriving at Constantinople.

The Crusades were military expeditions led by Christian armies of Western Europe, which took place between the end of the 11th century and the 13th century. Their goal was to conquer Jerusalem and the Holy Land, after it had come under Islamic control.