Cardiff is the capital of Wales. It is the administrative center of the county of South Glamorgan, situated in southern Wales.

The 2016–17 UEFA Champions League final was played there.

The number of inhabitants in Cardiff is about 360000.

The inhabitants of Cardiff are called Cardiffian.

As fun activities to do in Cardiff there are only three but very interesting Cardiff International White Water, go to the Principality Stadium and you can do two laps in The Taff Trail 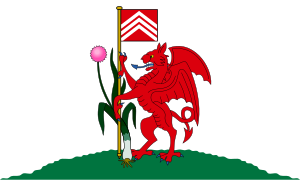 It has the colours :green, red and white

The summer festival is the final of the champions league.

in Cardiff there is an important castle the castle of Cardiff

the particularities of the cardiff: they are rugby and castles

the best food in the Cardiff is :Fish and Chips

Roald Dahl (Llandaff, September 13, 1916 - Oxford, November 23, 1990) was a British writer, screenwriter and aviator, best known for his children's novels. He is also co-inventor of the WDT (Wade-Dahl-Till) valve, used to counteract the effects of hydrocephalus.