Boeing is a company from the USA, it makes airplanes. Biggest airplane from Boeing is Boeing 747. 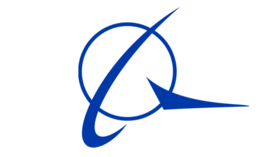 Boeing's biggest competition is Airbus. Most solded (most popular) Boeing's airplane is Boeing 777.

Boeing also making chargo planes (one of them): Boeing 747 freighter.

It is no longer produced today. Boeing 747 is also first two-story airplane.

It's widebody plane with two engines. he came after Boeing 777.

Boeing 777 is the widebody aircraft with two engines.

He came before Boeing 787. It's most popular widebody airplane.

Boeing 737 is narrow-bodied plane with two engines. There is a Boeing 737 MAX with new technology.

Boeing 727 is an airplane from Boeing.

This airplane does not fly anymore and they are no longer produced.