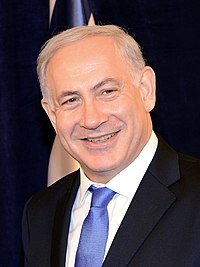 Benjamin "Bibi" Netanyahu has been the president of Israel since 2009.

He was born on 21 October 1949 in Tel Aviv, Israel, to secular Jewish parents.

Netanyahu is the first Israeli prime minister to be born in Israel after the establishment of Israel and Palestine by Great Britain.