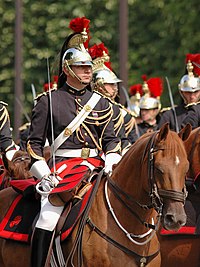 La Fête Nationale or Bastille Day (as known in English-speaking lands) is a holiday celebrated annually in France and other lands around the world. Bastille Day is celebrated with fireworks, concerts, balls, and the largest military parade in the world.