American Football is a popular outdoor game played by two teams. The object is to score points with touchdowns and field goals.

American football is an outdoor game played by two teams of eleven men each. It is played on a field 120 yards long by 53.33 yards wide with end zones and goalposts at each end. 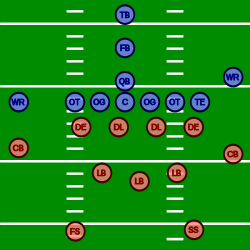 Positions on the football field

The two professional teams with the best seasons and playoff championships battle each other in the biggest football game of the year. It is always played on a Sunday in February in a stadium pre-chosen annually.

The day is a festive one for fans. Families gather at home around the television set to celebrate the day with buffets. Some fans gather in crowded bars and restaurants to watch the game. 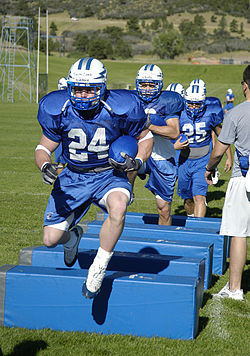 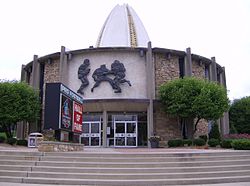 Professional and college games are played and televised from August to January. There are various positions on a team with the quarterback being the most important. Other positions include the centers, the wide receivers, the tight ends, the tackles, the linebackers, and others. The Pro Football Hall of Fame is in Canton, Ohio.

As the fall football season approaches in America, many novels are published with football settings for teen boys. These novels focus on the timeless themes of courage and honor as well as contemporary issues such as drug use, cheating, and being gay. Novels for adults are published with themes of drug use in the football world and the personal lives of professional players that touch on sexuality, substance abuse, and moral corruption. Movies with football settings like The Longest Yard, North Dallas Forty, Rudy, and Invincible take an adult view of football.