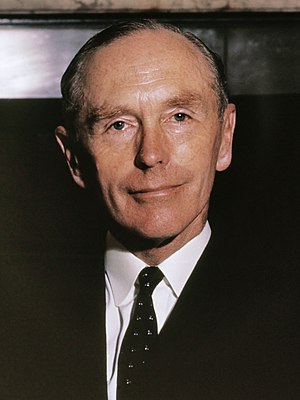 Alexander Frederick Douglas-Home (2 July 1903 – 9 October 1995) was a British politician for the Conservative Party. He served as prime minister of the United Kingdom between 1963 and 1964. He was preceded by Harold Macmillan and succeeded by Harold Wilson.